In the interest of full disclosure (to borrow a ridiculously overused cliché that indicates a sort of usually benign hypocrisy on the part of the speaker), I hate leftovers. They typically spend far too much time in my refrigerator, releasing their overripe funk into its atmosphere to the detriment of other, fresher foods. The usual method for using leftovers is, in the digital age, the microwave, a device I don't see eye to eye with even though it hovers luminously above my stove. I'll melt butter in the microwave (but not good butter), and I'll heat up the occasional cup of water in it if the kettle's broken or we're out of gas. But no food, and certainly no leftover, has ever entered a microwave that came out tasting better than it did before. For a long time, there were no leftovers in my fridge. Not allowed. They would be thrown out anyway, so what was the use? Then I began to wonder... how had people dealt with leftovers before the microwave?

My ultimate interest in food was piqued by happening upon an episode of Good Eats on the Food Network. One of my favorite episodes is something titled "Behind the Bird," a post-Thanksgiving show that has the crew of Good Eats snowed in, forcing them to use up the holiday leftovers. That is how I met my favorite leftover dish: hash.

My hash is a bit different from AB's, in that I typically don't have the variety of leftovers hanging around that he does. Plus, with a vegetarian in the house, my hash tends away from meatiness. But not today. Today, I only had to cook for one.

The only rule I have for hash is that it must contain leftover potatoes. This can be any form of the spud: French fries, home fries, mashed, baked, whatever. I just make sure it's cut into little bits. Beyond that, whatever is in your fridge (or freezer) is the limit. 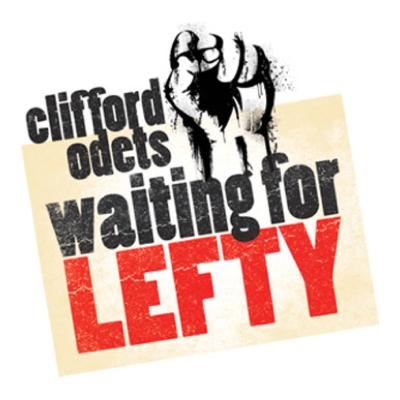 Title inspiration: Waiting for Lefty, a play by Clifford Odets. Premiered at the Civic Repertory Theatre in New York City, presented by the Group Theatre, directed by Sanford Meisner, featuring Lee J. Cobb, Elia Kazan, and the playwright, among others.
Posted by Kevin F. Story at 16:58

Email ThisBlogThis!Share to TwitterShare to FacebookShare to Pinterest
Labels: In Absentia Gluten, No Moo Juice, Things with Eyes, Vegan to the Max, Vegetarian Delight